Putting members back at the heart of their own magazine was our goal for the SWI magazine as we created inspiring, relevant new content. Ensuring that the organisation’s profile is raised through media relations and managing the SWI social media mean that our proficiency in sewing, knitting and backing are on the rise!

The Scottish Women’s Institutes (SWI) affectionately known as ‘The Rural’, the last bastion of standards in knitting and scone production, has produced an opt-in members’ magazine (Scottish Home and Country) since 1924 ... the content having changed little since then. In 1999, 143k copies were printed annually; by 2016 this had dropped to 60k, partly due to falling membership numbers but also due to uninspiring content, style, tone and layout.

Tricker Communications proposed, following a rebrand and modernisation of the organisation, the magazine ought to have an overhaul in order to:

“I LOVE the new magazine!”

“Congratulations on a bright positive mag.”

“Thought you would be delighted to know that my husband picked up this month’s magazine and read it from cover to cover, said it was "a very interesting read'.  Isn't that excellent coming from an older Shetland man?'

“Love the new magazine and now looking forward to the next issue while the old one I must admit many time didn't get opened at all! Well done!

“Love the new look magazine I read it cover to cover.”

“I take my magazine to every meeting for members to see. They are always impressed. Well done on the vast improvements Tricker PR.” 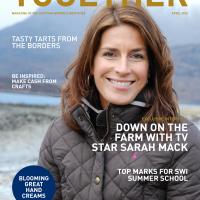 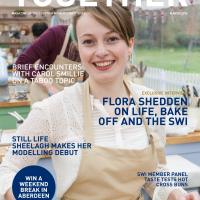 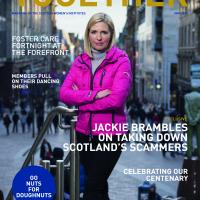