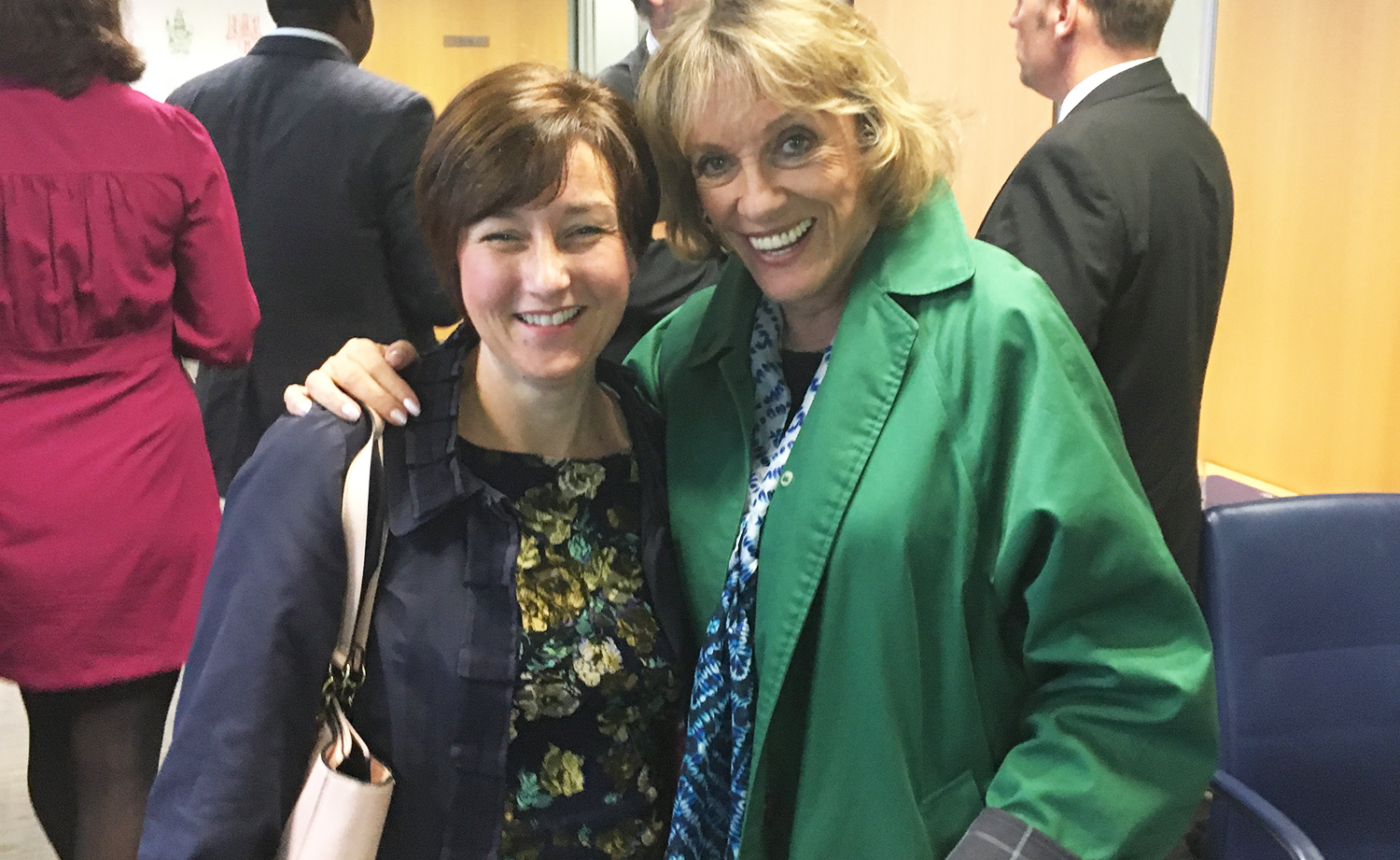 Most people could pick up souvenir pens, mugs or door plaques on holiday featuring their names on them when they were kids…but not me. I’ve had Christmas cards addressed to Easter, and a friend who took great pleasure in calling me Esther Pester.

No one in my home town shares my first name and I’ve only met two people with my moniker– one was a missionary and the other worked in Woolworths.

So when I discovered that Dame Esther Rantzen was coming to Aberdeen and that I would be overseeing a photoshoot of her visit to Aberdeen Asset Management, I felt strangely excited at the prospect of meeting another Esther and one that was part of our family’s Sunday night television viewing ritual – the consumer show That’s Life that she presented mixed hard -hitting investigations with odd-shaped veg and speaking dogs and was a firm favourite in our household when I was growing up in the 80s.

Now aged 76, Dame Esther continues to be a champion of causes and it was her work with Childline that brought her to the North-east of Scotland. The charity is now in its 30th year and Aberdeen Asset Management supports its schools service in Aberdeen which seeks to help young people speak up for themselves.

It was inspiring to witness at first hand Dame Esther’s passion, her enthusiasm and her continued commitment to a service that she founded in 1986 and which continues to offer a vital lifeline to children in turmoil.

More than four million children have benefited from the service since it was launched and demand for the helpline remains high - counsellors can only responds to 3 out of 4 calls and while abuse, neglect and bullying have always been big issues children call in about, now they are also raising self harm, eating disorders and suicidal thoughts.

I have to say that is nothing like a dame – Dame Esther was charming, charismatic, and passionate about the organisation she founded and it was wonderful to see her attend an after-work meeting at Aberdeen Asset Management’s offices, having already had a full-on day of media engagements, tours and visit of the NSPCC’s Aberdeen service earlier.

But how to mark a meeting of two Esthers? With a celebratory selfie of course. And the other Esther was obliging, particularly with our common, or should that be uncommon, name connection. A picture perfect moment, really.